By unifying multiple hard and soft skills data on each individual, Pulsifi is able to generate a personalised report on the individual’s fit for the company

“After working at and founding various small and large companies, my co-founder and I realised that the biggest challenge every company faced was the same – their people.”

That was Jay Huang’s lightbulb moment which set him on the quest to solve the age-old problem of hiring for companies.

Though companies have evolved and embraced new technologies, the process of hiring has lagged behind. A resource-intensive task, hiring has long been a drawn-out process where one’s gut feeling was usually the deciding factor in whether a candidate was selected.

Companies argued it was difficult to make data-driven decisions when qualitative hiring metrics such as one’s job fit and personality traits cannot be easily quantified.

Huang had other thoughts. Together with his co-founder Peter Yoong, the duo, with the help of Artificial Intelligence and Machine Learning, attempted to bridge the gap between hiring and data through Pulsifi.

“Before Pulsifi, HR and managers had to juggle between multiple disjointed sources of data on each person, such as their resume, personality and psychometric assessments, video interviews, and performance data to make decisions on hiring,” the CEO explains.

The Singapore-based company solves this with its People Data Platform. By unifying multiple hard and soft skills data on each individual, it is able to generate a personalised report on the individual’s fit for the company.

The platform’s machine learning model is built upon data from over 50 years of organisational psychology research. Huang added the model constantly improves its accuracy by analysing “tens of thousands” of job profiles parsed through it by client companies.

After processing the data, Pulsifi’s platform develops success profiles and predictive models to ascertain an individual’s fit with an organisation, while providing customised tips to increase individual employee engagement.

Huang claims the platform has over 90 per cent accuracy when predicting the outcomes of people at work, helping Pulsifi’s clients improve quality and efficiency in talent acquisition and management.

The five-year-old company commercialises its platform through a recurring subscription model, which has been the go-to revenue strategy for similar B2B SaaS companies.

As the company charges companies based on the number of candidates or employees, reaching large enterprises is key. Therefore, besides digital marketing, Pulsifi also invests in a sales team that sells directly to multinational companies.

The company already counts Nestlé, Heineken, Reckitt, KPMG, and Singtel among its clients.

Despite being an HR company and having developed a platform specifically to aid companies in combating poor hiring decisions, Huang shared poor hiring was the culprit of Pulsifi’s early challenges.

“At that time, we were a very early-stage startup figuring our way around. We brought on team members who had skills, but not so much the mindset, capacity and drive to shape Pulsifi in product and business. We ended up wasting a lot of time and resources doing the wrong things,” he remarks.

Noting that early-stage startups are handicapped from the get-go due to the lack of resources, he opined a good hire will go a long way in overcoming the numerous growth challenges a young company would face.

Globally, companies do seem to share a similar sentiment. The talent management software market is projected to grow at a compounded annual growth rate (CAGR) of 10 per cent to hit US$ 11 billion by 2026.

Noting organisations are seeking to move away from traditional resume screening to explore more holistic methods of evaluating candidates, Huang shares people data analytics will play an important role moving forward. “Those organizations that do will significantly pull ahead of those that do not, by providing a superior candidate and employee experience,” he opines.

Having recently raised US$1.8 million in an angel round in November 2020, the Pulsifi team has been hard at work expanding into Europe.

When quizzed on future plans, Huang disclosed the company is looking to raise a Series A round in the second half of 2021 to support its ambitions to scale its platform and cover more talent acquisition and talent management use cases.

With the pandemic placing renewed importance on hiring well and the increased influence of data within businesses, the outlook certainly does look rosy for people analytics platforms like Pulsifi.

As part of the growth and strategy team at Finantier, I leverage fintech to accelerate financial inclusion in Southeast Asia - beginning with the 140 million unbanked in Indonesia. Former journalist at e27 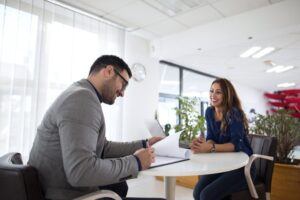 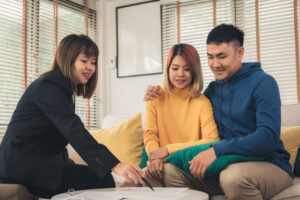 The Secret To Making Customer Relationships A Superpower