For Web3 to take off, we need to fix the rigidity problem of smart contracts

The Southeast Asia region is positioning itself as a go-to destination for blockchain startups. To date, there are more than 600 blockchain startups headquartered in the region, owing to the population’s relatively open-minded outlook towards Web3.

Why Web3 is becoming a magnet for builders

Blockchain technology, a core pillar of Web3, has been embraced by ambitious startups due to its fast-paced innovation and disruptive opportunities.

“In light of recent efforts to shut down and/or block certain applications and websites, developers are opting for a true Web3 decentralised digital infrastructure, as opposed to centralised providers. This provides the resilience that dApps or protocols need, which is impossible with the Web2 infrastructure riddled with centralised choke points. This trend will only continue to gain strength as entrepreneurs and developers realise the importance of building on decentralised technology,” says Kyle Rojas, Global Business Development and Partnerships at Edge & Node, the founding team behind The Graph.

The not-so-smart side of smart contracts

Although smart contracts have undoubtedly brought innovation to Web3, their rigidity poses serious limitations. For instance, deployed smart contracts are difficult, if not nigh impossible to change in case of code errors. If an open-source smart contract is copied by others, it can be an arduous task to quickly notify everyone who copied the code.

Also Read: The race of Web3 and crypto infrastructure vs big tech

The consequences are not cheap. In fact, over US$2 billion worth of assets has been hacked from decentralised finance (DeFi) alone this year, due to exploits found in publicly exposed source codes. The immutable aspect of smart contracts makes it a double-edged sword, if developers cannot easily patch known vulnerabilities.

Despite the setback, the Web3 industry is estimated to reach US$42 billion in market size by 2028. Advances in protocol layers, as well as NFTs, can be key drivers for industry growth. “Recent blockchain development trends in Asia include Zero-Knowledge (ZK) and infrastructure projects built on Move based programming languages, NFT infrastructure related to anti-fraud and dynamic NFTs, and gaming​​,” says Harrison Goldsmith, Investor Relations at Kernel Ventures.

The launch of new blockchain-native programming languages are not unheard of. As the scaling limitation of smart contracts becomes more evident, developers around the world continue to seek alternative solutions. Take for instance the layer-1 blockchain protocol Aptos, which aims to utilize the Move language in a bid to “​​design a network that is more reliable and predictable for large clients interested in embracing the blockchain.”

Another approach is to get rid of smart contracts altogether. “Many real world applications require large throughput, which is a core limitation arising from serialised smart contracts. Unlike smart contracts, Smart Assets can be utilised alongside a high volume of concurrent requests to make blockchains useful in enterprise apps,” says Michael Holdmann, CEO and Founder of PraSaga.

Python is one of the most widely adopted coding languages in the world with 8.2 million developers and counting. “The best of Web2 industry practices can be brought into Web3 development platforms by tapping into millions of existing Python coders. This will encourage faster adoption of blockchain technology, while surpassing the complex demands of forward-looking businesses and coders,” comments Holdmann.

Also Read: The big ideas that fintech will tackle in 2022

Dynamic blockchain solutions can be useful to drastically reduce automotive recall times from weeks to days. Being able to quickly prove that a specific screw in a car engine has the incorrect metallurgical composition, may effectively translate to substantial cost reduction for all stakeholders. Similar concepts can be utilised by global supply chain manufacturers, or pharmaceutical distributors.

Although Web3 is still nascent, a stream of new blockchain tools are penetrating into the hands of developers, enhancing new opportunities for experimentation. To break past what was once speculation, the gold standards of Web2 and Web3 will likely converge to drive tangible innovation.

Hikaru is a blockchain lover with a weakness for cooking. His outstanding understanding and experience in blockchain technologies, plus his unhuman work ethic have earned him the nickname of The Machine. In The Human & Machine Podcast, he plays the role of a hybrid, all-knowing-robot that goes out of his way to explain blockchain concepts to The Human while trying not to lose faith in humanity. 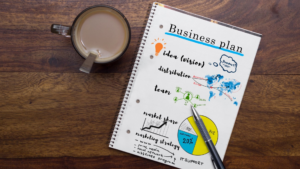 10 Personal Attributes to Check Before You Write Your Business Plan

Most business advisers I know will say that writing a business plan is the first step to starting your own business, but I believe that a better first step is to do a self-analysis of your real drivers, strengths, and assumptions before committing to this lifestyle. As a result, you may tune your plan, or decide that running your own business is not the dream you thought it might be. 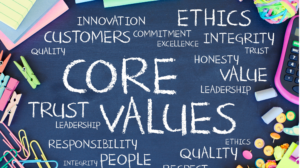 As a mentor to business professionals, I find that many are frustrated that peers and managers don’t recognize the true value of their contributions. These people expect their results have self-evident value, without requiring any effort on their part. I have long believed that you are responsible for documenting and communicating your value, without bragging or hyperbole. 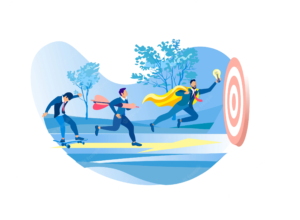 Does your business always seem to be trying to catch up with new competitors and changes in the marketplace? One of the things I learned from my years in Silicon Valley is that you must always focus on three steps ahead, as well as on what exists today.