The UK is still a leader when it comes to the number of companies operating in fintech. However, can complications arising from Brexit lead to the loss of ground?.Significant policy changes and reform of London’s company listing regime in the wake of Brexit is set to spark a ‘digital big bang’ in the UK in a bid to accelerate the growing fintech industry within the nation — according to a recent, government-commissioned review.(Wake of Brexit)

The report, published in February 2021, highlights that Brexit’s regulatory uncertainty and growing global competition could undermine the UK’s position as a leader in the world of fintech unless action is taken.

Also read: Connect with these X-PITCH 2021 startups through e27 Pro

The review was carried out by the former Worldpay chief Ron Kalifa and is one of a number commissioned by the government to help strengthen the UK’s status in the world of finance and technology.

As things stand, the UK is a European leader in terms of the number of companies operating in fintech and new fintech endeavors starting out. However, complications arising from Brexit may lead to the loss of ground between the UK and the likes of Germany and France as one of the world’s favorite destinations for establishing a fintech endeavour.

Both finance and technology sectors are under greater pressure from rivals since the UK’s exit from the European Union at the start of 2021, but it’s possible that Brexit could provide a little more freedom to convert the nation into an even more appetising prospect to retain and build on the support of the developing fintech in dustry. (Wake of Brexit)

Also read: Gearing up for the new normal: What do VCs want and how can startups ace their funding applications

With global fintech revenue expected to reach more than $300 billion by 2022, there’s plenty of justification behind the UK prioritising its fintech industry as a key area to retain businesses and work on attracting fledgling companies. Let’s take a deeper look into how the UK looks to capitalise on the growing fintech market in the wake of Brexit.

The UK government will utilise a visa scheme that’s targeted at fintech professionals in a bid to fill any emerging gaps in the sector’s workforce as a result of Brexit causing a loss of access to the EU’s significant skills base.

The move has already been greeted by the fintech industry, in which many players had been concerned about access to skilled workers before the conclusion of the Brexit process.

According to a Sunday Telegraph report, chancellor Rishi Sunak will soon announce a plan to help the UK fintech sector to retain the talent it needs to continue as a world leader in the industry.

It’s hoped that the fintech visa programme will help the UK to keep its place as a prosperous location for fintech unicorns to flourish. After the exit from the EU, the UK lost its automatic right of professionals across Europe to work in the country. During the same time, many skilled European workers have left the UK due to the climate of uncertainty and negativity prompted by Brexit.

With global competition for fintech talent within the sector, cities like London face fresh competition from European destinations like Berlin, Barcelona and Amsterdam – which are becoming increasingly popular for fintech professionals with the right to work across the EU.

This exodus is exactly what the UK is looking to prevent, and the danger posed by the situation has been underlined by Ricky Knox, CEO at fintech bank, Tandem, who said: “Tech visas are a great thing and essential if we are going to keep a competitive tech and fintech sector,” he added. “Over half of our coders are from outside the UK and some have already left due to Brexit.”(Wake of Brexit)

Another aspect of the review has called on the UK to revise its approach to the regulation of crypto-assets as a means of welcoming more fintech businesses in the future.

Recent restrictive measures by UK regulators involve bans on the sale of crypto derivatives and an anti-money laundering register that have created a somewhat hostile environment for blockchain or decentralised finance fintech businesses to set up camp in London.

The review points out that other markets have been pressing ahead with the development of crypto-specific frameworks, like the EU’s Markets in Crypto-Assets proposals. It also states that the UK needs to act quickly to revise its position on these matters before competitors begin to overtake the tech hub.

“A bespoke regime for crypto assets should adopt a functional and technology-neutral approach, in line with the principles of the current regulatory framework, as well as the concept of “same risk, same regulation”, while being tailored to the risks arising from crypto asset-related activities,” the report states. “It should also be flexible enough to deal with future challenges — such as how Decentralised Finance (DeFi) should be regulated.”

In addition to this, the review also recommended that the UK carries on in its participation of the Global Financial Innovation Network — a working group of national regulators — and to lead the way on crypto policy and regulation moving forward.

One particular sector that could benefit the UK is decentralised finance, better known as DeFi. In a market that’s grown from less than $1 billion to around $40 billion in under a year, fintech surrounding DeFi apps that are built on cryptocurrency blockchains could be the key to ensuring sustainable growth as technology continues to transform the financial landscape.

The rise of the IPO.

The government has also identified public listings as a key way to help generate better financial stability. Already, Prime Minister Boris Johnson has reportedly met with executives from Deliveroo, Revolut and other tech firms in order to convince them to list on the London Stock Exchange.

Again, the recent report suggests a reduction in the percentage of shares in the hands of public investors to avoid diluting the early backers of fintech startups – as well as ‘golden share’ or dual-class share structures that could allow founders to better retain control of their firms and remain safe from hostile takeovers.

This call for a listings reform in London may have come at an ideal time, as firms like Deliveroo, Wise and Darktrace all rumoured to debut in 2021. Elsewhere, other firms like Revolut, OakNorth and Checkout.com have found themselves in the midst of IPO speculation as financial and tech firms valuations have grown in the wake of the Covid-19 pandemic.

This move may draw significant levels of investor interest back to London. Although many IPOs today are focused on institutional investors, there are companies that can allow individuals to participate in initial public offerings that would otherwise be inaccessible. Freedom Holding Corp. (FRHC), a NasDaq listed company, has a platform called Freedom24, in which individuals can apply to participate in the IPOs of their choice — albeit at a financial threshold of at least $2,000.

There are more traditional organisations like Fidelity that also offer general public participation — however, only at the much higher threshold of $100,000 to $500,000 in household assets.

Another traditional platform is TD Ameritrade, which is owned by the giant Charles Schwab Corporation (SCHW), allows IPO participation for selected account holders. The threshold is pretty high, though. To be eligible to take part in IPOs, your account must have a value of at least $250,000 or you must have completed 30 trades in the last 3 months.The true value in these London-listed IPOs could be found in the UK’s plan to build its appeal as a fintech haven in the wake of Brexit. With a sustained buzz around financial technology and more accommodating regulations, 2021 is set to be a significant year in the battle to keep talent from leaving these shores for the lure of the EU.

Entrepreneur Leadership Network VIP CEO and Founder of Solvid and Pridicto Dmytro is a CEO of Solvid, a creative content creation agency based in London. He's also the founder of Pridicto, a web analytics startup. His work has been featured in various publications, including The Next Web, Entrepreneur.com, Huff Post, TechRadar, B2C and Business.com. 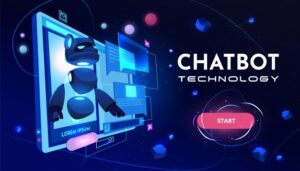 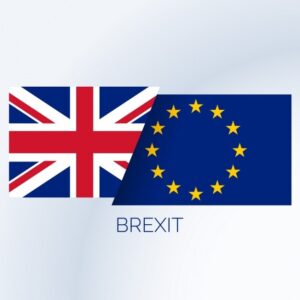