Local Economics Through the Lens of Elected Officials and Organizers

The author’s views are entirely his or her own (excluding the unlikely event of hypnosis) and may not always reflect the views of Moz.

If you want to serve local business owners, allying your company with their deepest needs matters. Recently, the Institute for Local Self-Reliance provided a valuable opportunity to hear directly from localism advocates and elected officials about small business owners’ goals and obstacles. If your brand is marketing software or other services to this largest sector of American commerce, I highly recommend setting aside an hour this week to watch the whole recording (embedded at the end of this post).

Today, I’ll briefly recap the information from this event that stood out to me as most illuminating, in hopes that you will be able to evaluate these messages to help you find common cause with clients and customers.

The present state of local economics in the U.S.

ILSR’s co-director, Stacy Mitchell, began the webinar by remarking that, just a decade ago, it was not common to hear much political talk surrounding small businesses versus monopolies, but that this is changing. Advocacy groups are gaining strength and political factions like the 100-member progressive caucus are increasingly getting out the message about the present state of U.S. local economics, which Mitchell summed up this way:

“Today, we know that economic concentration and the losses that we’ve seen both for working people and for small businesses have had devastating effects on communities; that the decline of small businesses and the growing concentration across our communities is really driving racial and economic inequality, ultimately undermining our democracy. And we know that the primary driver of this is corporate power, whether it’s the power these corporations wield in the market or the political power they have to rig government policy in their own favor and to undermine their smaller competitors.”

Chanda Causer, the Co-Executive Director of The Main Street Alliance, gave this list of priorities she hears voiced by the SMB owners she speaks with every day:

The question was raised as to what business owners and organizers can do to get the public to care about these requirements, and about local economic health. Visiting Fellow at the Harvard Kennedy School’s Shorenstein Center on Media, Politics and Public Policy, Brandi Collins-Dexter explained,

“I think that everybody I talk to cares about this; big business has such a ubiquitous role in our lives that I think people just don’t know what to do about it.”

This quote will resonate with every local search marketer who has been reading survey stats for the past two years that claim three-quarters or more of the public is committed to shopping more locally, and yet, sees how all of our choices have been whittled down to a frustrating dependence on Amazon, Walmart, Target, or dollar store-type options.

I believe that the majority of Americans genuinely do want to shop small and care sincerely about the communities in which they live, but when we need to buy a blender or a book, we increasingly face the stark reality that our town’s independent hardware store or bookshop was driven out of business by economic policy. Meanwhile, our intelligence is repeatedly insulted by monopolies portraying themselves as local heroes and using offensive scare tactics to warn SMBs and the public against any legislation that would limit their profits.

If industry surveys and local advocacy groups indicate that the public already cares about the survival of local business owners, we’re already part of the way to solving the dilemma of the economic role of small businesses being cut by 50% over the past 40 years.

What emerged from the ILSR event was a three-part approach to realizing the society that surveys say we want.  If implemented, it would take local business owners on a journey from a place of fear to a place of respect and protection.

First, Ms. Causer emphasized the need for continuing dialogue and education, encouraging individuals to take the time to speak about their concerns with their own neighbors, concerns like the effects of monopoly on the community. An educated public is one that can bring pressure to bear on representatives.

Secondly, Congresswoman Pramila Jayapal, who represents the Seattle area and part of King County, is focused on a legislative approach. She is the vice-chair of the subcommittee on antitrust, which conducted a 16-month investigation into the operations of tech monopolies. She introduced HR 3825, designed to prevent corporations like Amazon from demoting merchants on their platforms while simultaneously preferencing their own cheaper product lines – a practice that has been devastating to small entrepreneurs. She is also attempting to directly address the dire needs of all business owners (and the general public) for healthcare amid the pandemic with her HR 1976 Medicare for All bill. As she stated, “The way that local communities do well is to have a thriving small business economy.”

However, Assemblymember Ron Kim, whose district has the largest proportion of small business owners in New York State, was frank about the obstacles standing in the way of the needs of local business owners and communities being met:

“As long as we’re spending, in a place like New York, $7-8 billion a year in tax breaks to subsidize the growth of mega-monopolies and big companies who, in return, donate millions and millions of dollars to executive officers and governors and mayors to keep this game going, we’re going to have a continuous problem.”

This means that the third, and most essential, element in the three-part dynamic is to make it illegal to bribe political candidates and elected officials. Without this stipulation, even the most caring and educated public will find its needs ignored, and pro-local legislation will continue to be defeated by corrupt officials who have been paid by corporations to create policy that serves them.

The scenario may seem hopeless, but it isn’t, because you — who work in tech amid the long-shadowed boulders of monopoly — are reading this article and have a voice. Your co-workers have voices, too, and can advocate for your brands developing authentic allyship with clients and customers.

Our industry has published volumes on the necessity of building relationships with the communities we want to serve. It’s a worthy aspiration, which hinges on listening well and demonstrating solidarity. Honest chats with independent business owners produce stories like Assemblymember Kim’s, about how one of the oldest Korean-American restaurants in his community is becoming a worker co-op to be able to continue operating in a broken economy.

You’ll hear family stories like those of Ms. Collins-Dexter, whose great-grandfather was forced off his land by a powerful tobacco trust, and had to start over again as an auto mechanic whose shop became a major source of community aid during the Great Depression.

You’ll hear neighbors like Ms. Causer explain that 68% of respondents surveyed by her organization want to talk about monopoly, and that she’s advocating for people to start singing the union songs again — that our grandmothers sang.

And you’ll hear the local business owners whom Congresswoman Jayapal said would only give comments to her antitrust committee in private, because they so fear punishment by the monopolies.

The next time you’re asked how to build out the stages of your customer’s journey, consider asking your team and bosses to begin by donning the shoes of a local business owner. They’re the people in your community who are living in real fear of being put out of business by national, state, and local policy, and of being made invisible by powerful platforms in daring to speak out. Empathy for this plight could be the start of the most genuine relationships your company has ever developed. It could even be the basis of a coalition of industry agencies and SaaS groups bringing their own, collective pressure to bear on public servants, to insist that we finally do get money out of politics and re-balance our economics to prioritize societal well-being.

As a local SEO, I’ve often looked at Google’s local guides program. There are roughly 150 million of these community interpreters globally, and they write an average of 62% of the reviews you read. That’s a lot of people with a lot of potential power, if they ever chose to organize on behalf of the local businesses they so abundantly grade. Why would they do that? Because there is little left to review when a local business landscape is reduced to just one or two monopolies. There is no fun or joy in that.

I think Brandi Collins-Dexter is right about good people not knowing what to do, and I suspect a lot of that feeling of powerlessness is rooted in a sense of isolation. But, just like there are a lot of local guides, there are a lot of tech workers, and together, we can help build the hope we seek from emboldened collaboration. 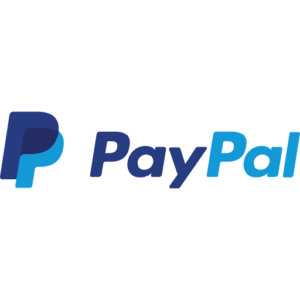