Ways to Know Whether You’re Ready to Become a Founder

3 Ways to Know Whether You’re Ready to Become a Founder. Being a founder requires a healthy amount of obsession. But there’s more to it than just that.

When I dropped out of Harvard Business School to start LearnVest, I was just 25 years old. In my short post-college years, I had gained experience at a startup and as a trader on Wall Street. I had no idea what the highs and lows of entrepreneurship would bring. Hence over the ensuing decade, but I knew in my gut I was ready to become a founder. Here are 3 Ways to Know Whether You’re Ready to Become a Founder.

Also Read: Why Successful Startups Often Have A Pair Of Founders

On my podcast, The Founders Project; I’ve had the opportunity to talk to some of the brightest founders across the country. Especially hear firsthand why they took “the leap”. Thus it’s not just about having an “aha moment” for your business. It’s also about experiencing a personal “aha moment” that tells you. “Yes, this is the right time for you to go for it.”

If you’re not sure about that “gut feeling” here are a few signals that you’re ready to become a founder:

1. You are obsessed with a problem and spend all your time thinking about it.

In comparison at LearnVest. I was obsessed with making financial planning accessible to all! The problem consumed me! However we built a powerful technology platform that helped millions across the country make better financial decisions.

Furthermore my passion was shared across my leadership team. But was especially strong in Stephany Kirkpatrick, who was also a Certified Financial Planner. We spent countless hours talking about the concept of automated wallets and the future of money.

Last fall, over one of those coffee chats; I could see that she was ready to channel this deep-seated obsession into something new. Fast-forward a few weeks, and my VC firm–Inspired Capital –wrote her an “inspiration check” to start Orum; A platform working to make an on-demand money-movement platform.

After years of being an executive in the space. I knew Stephany had not only the acumen to be a founder. But an obsession with financial technology that would ensure her success.

What’s the topic you can’t stop thinking about? You will pour your whole self into being a founder. So it’s critical that you’re going into something you would eat, sleep, and breathe no matter what.

2. You have identified a way to do it better.

In addition to you’re working in an area you’re obsessed with. Thereby chances are you’ll spot major opportunities for improvement.

That’s why Julie Bornstein launched The Yes. A career spent improving retail giants like Sephora, Nordstrom, and Stitch Fix. Above all she realized there was a better way to utilize data and solve the inefficiencies of inventory purchasing.

The same holds true for Blake Hall of ID.me. A former army ranger, Blake set out to create a community for military members online. He quickly realized identity verification needed innovation. He has found a wide range of use cases. Furthermore his military experience has given him major traction with government agencies.

3. You’ve built a network to support and push you.

ou will need a tremendous support system when you cross the threshold into being a founder. Who always asks you the tough questions? Who do you want to call when you have a hard decision to make?

My friend and partner at Inspired Capital, Lucy Deland, is the type of friend that’s brutally honest with me. She also knows what its like to start a business. Having that kind of support system in a friend is a bonus, but that doesn’t mean your friends should be your only connection to industry expertise.

If you’re new to a field, identify the people you’d most like to talk to. Look for any shared connections on LinkedIn to ask for warm intros, but if you don’t have any, don’t be afraid to send a cold email–that’s how I ended up meeting and hiring Stephany Kirkpatrick.

Rahul Vohra, founder of cult-favorite email platform Superhuman, has honed this skill as a second-time founder. When he wanted to figure out how to scale! He connected with Sean Ellis, who coined the term “growth hacking.”; And when he was ready to nail positioning, he got in touch with Arielle Jackson, who wrote the article “Positioning Your Startup is Vital.”

I always say, if you knew what it took to be a founder, you’d never start. It is full of challenging days and sleepless nights. But the value found in creating something from the ground up–and the satisfaction of each hard-fought win–is unmatched.

Ways to Know Whether You’re Ready to Become a Founder.

At nfinitiv, we rely on the quality of our advisors. Our team compromise of industry experts who have demonstrated outstanding skills and knowledge in their field of expertise. 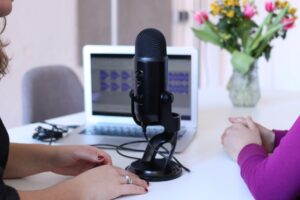 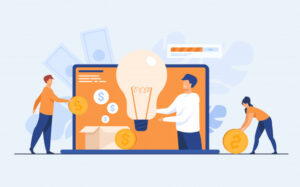